How to write an equation for a translated graph

Content Continues Below MathHelp. Shifting a graph horizontally A number adding or subtracting inside the parentheses or other grouping device of a function creates a horizontal shift. In practice, though, you won't be using function transformation very much, at least not until you're some way into trigonometry. So I'll just be doing a side-to-side, and a flip about the vertical axis. Because of how the second graph is oriented with respect to the first, I can tell that the graph must have been mirrored across the y-axis at some stage in the transformation. So there's a "minus three" inside the argument of the function, and a "minus two" outside of it. This is usually the case, because these multiplications are quite difficult to discern from the pictures, but I like to have checked anyway. Note: You see no vertical stretch or shrink for either f x or g x , because the coefficient in front of x2 for both functions is 1. Translation always involves either addition or subtraction, and you can quickly tell whether it is horizontal or vertical by looking at whether the operation takes place within the parentheses of a function, or is completely separate from the function. To move to the left, I need counter-intuitively to add inside the parentheses. But they haven't told me to express the new function in terms of the old.

Affiliate I'll keep track of things by picking one point that is off the axes, and then tracing what I think they must have done to the original function in order to get that point to move to its new location. This process will tell you where the x-values, and thus the graph, have shifted.

By Yang Kuang, Elleyne Kase When you move a graph horizontally or vertically, this is called a translation. 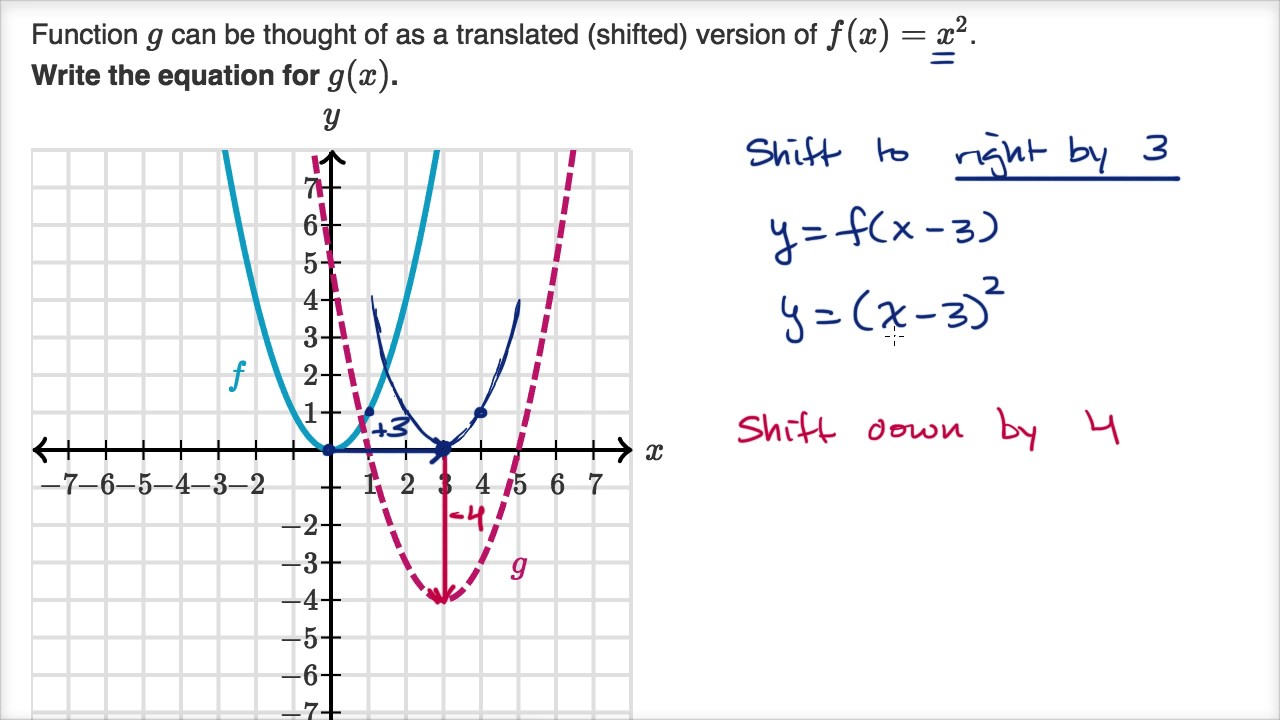 The g x function acts like the f x function when x was 0. To shift the graph side to side, I need to add or subtract inside the argument of the function that is, inside the parentheses. 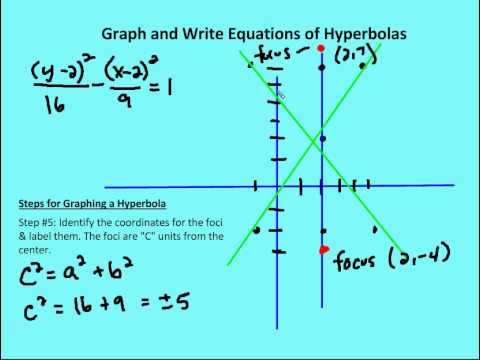 Since applying my steps to the other points checks out okay on them as well, it appears that I have found the correct transformation. So there's a "minus three" inside the argument of the function, and a "minus two" outside of it. 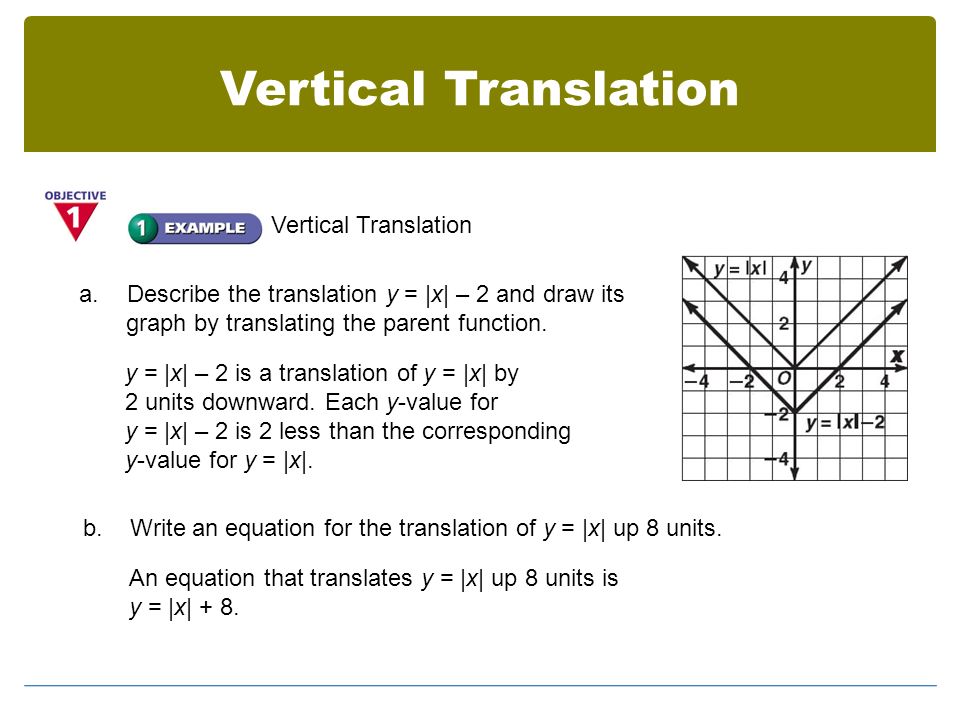 The most distinguishable point on each of the graphs is the vertex of each parabola. Then check some other point, or the general shape of the graph, to confirm that your sequence of steps works there, too.

Yes, I had trouble with this concept, too. Content Continues Below MathHelp. To shift the graph side to side, I need to add or subtract inside the argument of the function that is, inside the parentheses. Since applying my steps to the other points checks out okay on them as well, it appears that I have found the correct transformation. If you've been doing your graphing by hand, you've probably started noticing some relationships between the equations and the graphs. If there was any reflection in the vertical axis, I wouldn't be able to tell on a parabola, anyway. Vertical shifts are less complicated than horizontal shifts, because reading them tells you exactly what to do. As you can see, it's probably going to be easier to keep track of things if you leave any "reflecting in the vertical axis" part until the end. In other words, every point on the parent graph is translated left, right, up, or down. But the left-right shifting is backwards from what you might have expected.
Rated 10/10 based on 47 review
Download
Function Transformations